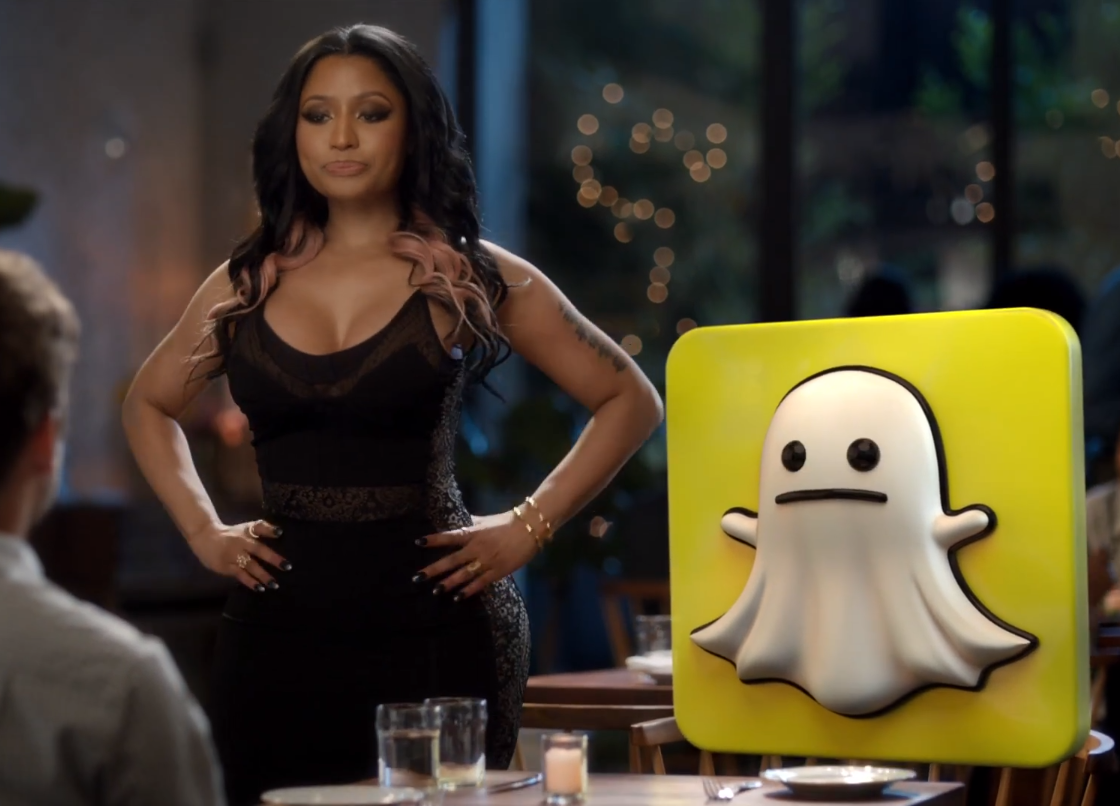 The phone network has revealed a 30-second commercial for its T-Mobile One campaign starring Onika Tanya Maraj.

In the “Love Triangle” clip, Nicki finds a guy named Steven having dinner with the Snapchat logo after streaming her videos earlier in the day. His excuse? A limited data plan. But Nicki ain’t havin’ it.

“Come on, girl,” she tells the Snapchat logo. “Let’s get us a man with unlimited data.”

Nicki’s Young Money brother Drake also teamed up with T-Mobile earlier this year. His “Hotline Bling”-themed spot first aired during the Super Bowl back in February.

Their Young Money boss Lil Wayne is also no stranger to the world of mobile phones. Earlier this year, he starred in a series of Samsung commercials, including one with Wesley Snipes.