Palimony Twitter Rides For Kendu, But Did He Cheat On Mary J. Blige? 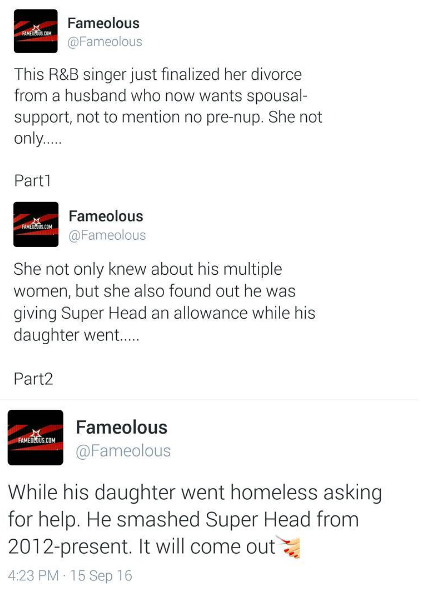 Mary J. Blige has had a smooth ride over the past 10-plus years — at least that’s what we thought…

After filing for divorce from her husband/manager Kendu Issacs back in July, things have gotten messier and messier.

It was just a couple days ago that Issacs demanded spousal support from Blige and while some agreed with the move on Twitter, most people hoped that Mary made him sign off on a pre-nup. After all, she was Mary for years before he came along. Also, he ought to have his own bread by now as her manager, right? SMH.

Thursday night (September 16), blogger Fameolous posted a blind item on Instagram claiming that in addition to Issacs’ alledged infidelity, he was caking off on Karrine ‘Super Head’ Steffans (of all people). Even as his daughter was going through some desperate times. Could you imagine? Mary making all the bread and her man tricking it off on Super Head?

This morning, Steffans spoke with Bossip, hoping to clear up the rumors. Check the interview after the jump…

The post Palimony Twitter Rides For Kendu, But Did He Cheat On Mary J. Blige? appeared first on Hip-Hop Wired.

Palimony Twitter Rides For Kendu, But Did He Cheat On Mary J. Blige? : Hip Hop Wired