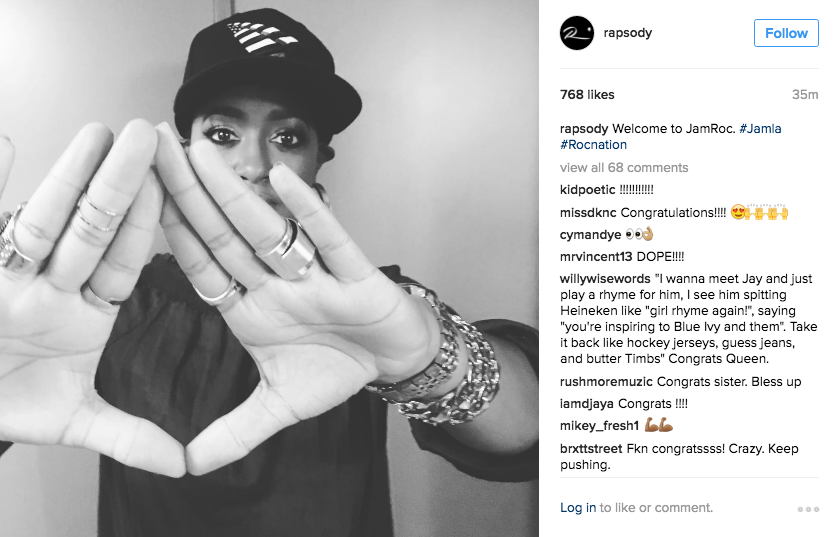 Chalk this up as┬áa dope move for the culture. Female North Carolina MC Rapsody has signed on to Jay Z’s Roc Nation.┬á

Rapsody made the announcement via the stage of the Brookyln Hip-Hop Festival, which is conveniently streaming on TIDAL. No word on she’s inked onto the label proper or via management, but either way is a huge look for the underground for way too long MC.

She also posted a message on Instagram (the pics has her throwing up the Roc) and it notes that she still Jamla, so it looks like 9th Wonder is still involved.