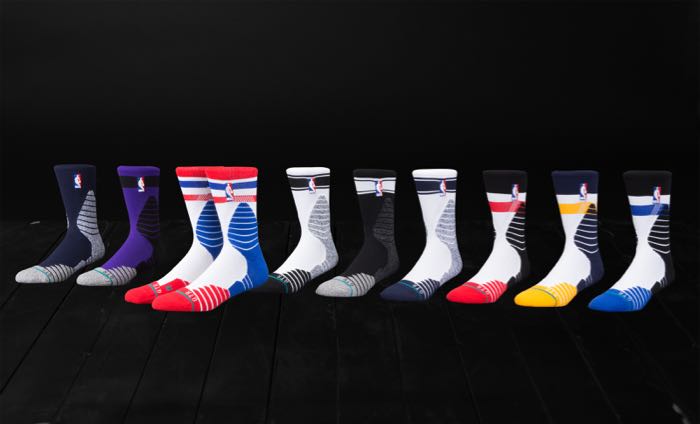 The alliance between Stance socks and the NBA has been a resounding success. The brand just dropped nine new on-court styles that will be seen on the NBA court this forthcoming season.

However, the socks are already available at retail. Also, they come in crew and quarter lengths.

For the 2016-2017 season, besides the two solid styles, teams will also have the option to rock the solid navy, thin stripe, bold stripe and cap stripe socks. The Stripes collection is meant to be rocked on the court, and off the court.

You can pick up the goods at Stance.com, Dick’s Sporting Goods, Foot Locker, the NBA Store and more.

No show NBA socks wouldn’t be good for branding/promo purposes, but think about it, Stance.

Check out detailed images of the Stripes collections below.