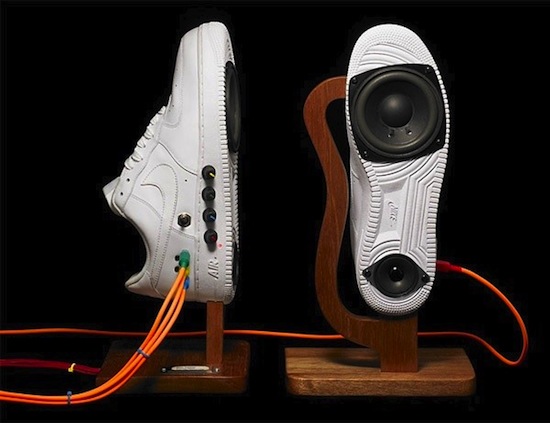 Hip hop, professional sports and footwear have always had a happy marriage. Face it: if you look good, then you feel good. If you play good, you’ll look even better.

The happy marriage that those genres have is a thing of beauty and the late 80s as well as the 90’s reflected it. The game changed when a kid from North Carolina would sign a shoe deal and all of a sudden, everybody wanted to be like Mike! Newsweek said it best in an article written last year when they described the Air Jordan as a shoe that would forever change the level of play on the basketball court—and in equal measure create a frenzy among non-players around the world clamoring to soar street-side like Michael Jordan did on the boards.

That synergy created avenues for everybody to shine.

Run DMC followed suit in 1986 when they dropped their smash hit My Adidas. The single from their Raising Hell album accomplished a huge feat for the hip hop group as they set history as the first artists to sign an endorsement deal with a major corporation.

History was made and more avenues have since then been created like means for sneaker upkeep. Last weekend, Hollywood mourned the loss of Bill Nunn. Nunn was famed for the role he played of Radio Raheem in the Spike Lee film Do The Right Thing.

A film that was dab center in the Bedford-Stuyvesant section of Brooklyn, the film zeroed in on gentrification and race relations. But one thing that cannot be denied is it’s keen focus on footwear.

You name, it, the film had it: Nike Cortez, Nike Air Trainer II, NIke AIr Force II iand Nike Greco Wrestler, Nike Air Force II Low, Nike Air Windrunner, Nike Air Revolution, “Medicine Ball” Nike Air Trainer III and the infamous scuffed up Nike Air Jordan IV’s worn by Buggin’ Out. Buggin out was upset about his shoes and he and other characters in the film have come a long way in their sneaker upkeep. Back then, they used toothbrushes to keep their shoes clean. But now, innovation in 2016 has taken that toothbrush method and improved it by a million. With the growing demand of sneakers and the need for exclusivity you need upkeep, right? Tight Wipes, a fairly new Staten Island, NY based company is doing their part to insure that. Developed by John “JE” Englebert, a sneakerhead who was tired of the hassle of other sneaker cleaners on the market, his goal was to create a fast and efficient way to clean and keep kicks looking fresh and new.

Tight Wipes inception began January 2014 and after a year of testing, it was brought to the retail market in January 2015. With that idea intact, he went to a chemical engineer and developed a special cleaning formula: a pre-moistened, luxury, handy wipe that cleans and renews dirty shoes, boots, sneakers and much more. That’s like hand sanitizer for a sneaker.

“When using Tight Wipes products peeps will get that fly new feeling they got when they first took out a fresh pair of kicks straight from the box,”said TightWipes founder. Englebert.

When you first meet someone footwear is one of the first things you notice. Kicks are a major part of fashion. Dirty kicks are not a good look and just like Mookie from Do The Right Thing, Tight Wipes has created a formula to keep kicks looking clean and tight just like the pros, lyricist and fellow sneaker heads.