Those #TrumpWon Snap Poll Leads Were The Jig, Cheeto Jesus Took An L 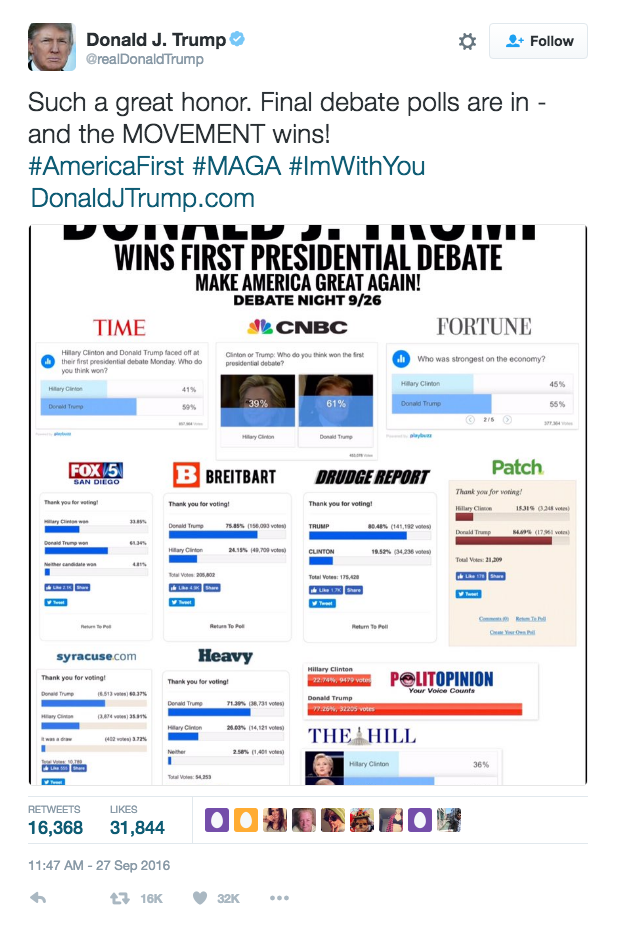 Even a blind man could see that Donald Trump basically made a fool of himself during the first presidential debate. Nevertheless, the Cheeto Jesus praisers were in euphoria thanks to snap polls that had their bigoted savior winning the debate–too bad said poll leads were the product of the jig.

So much so that #TrumpWon was trending, even if most of the hashtag featured the mocking Trump supporters who think Trump’s poor performance was somehow a win. But of course, always won to believe his own hype, and lies, Trump tweeted out a screen cap of the propaganda.

It turns out the numbers of the already suspect polls were inflated in Trump’s favor.

According to the Daily Dot, pro-Trump supports took to Reddit and 4chan communities to encourage people to hit the snap polls.

As for how Trump actually did in the debate, see here and here.

The post Those #TrumpWon Snap Poll Leads Were The Jig, Cheeto Jesus Took An L appeared first on Hip-Hop Wired.